Then just when it felt as though things couldn’t get any better, the skies cleared and bright sunshine finally greeted us. The bluebird morning was compliment all too well with freshly groomed runs and anticipation for the afternoon pondskim event. For the first half of the day, the weather was prime, as was the snow. We hit the slopes until around noon when everyone headed to the Almrausch restaurant for some lunch and then, it was time. 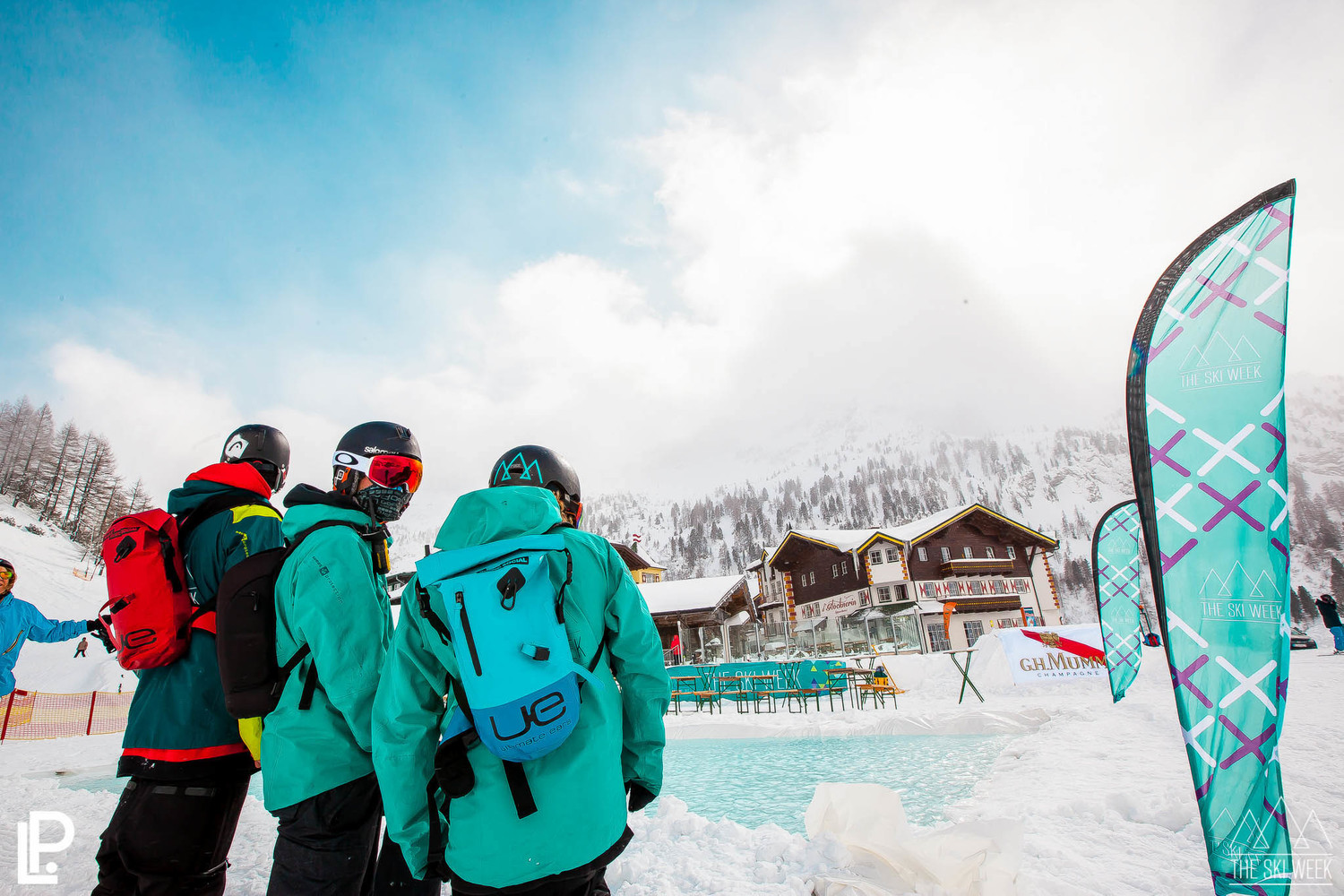 The crew called upon the brave amongst the crowd to head up the hill. I hiked up with my skis on shoulder and my stomach in my throat. At the top, nerves were high as one by one I watched skiers and boaders attempt the skim with varying success. Finally, when my turn came I figured ‘whatever happens, happens’. I can’t quite describe the exhilaration I felt as my skis went from snow to water and back to snow (yep, I managed to stick it). What I can say is that if I had the ability to recreate a feeling on demand, that might be it. 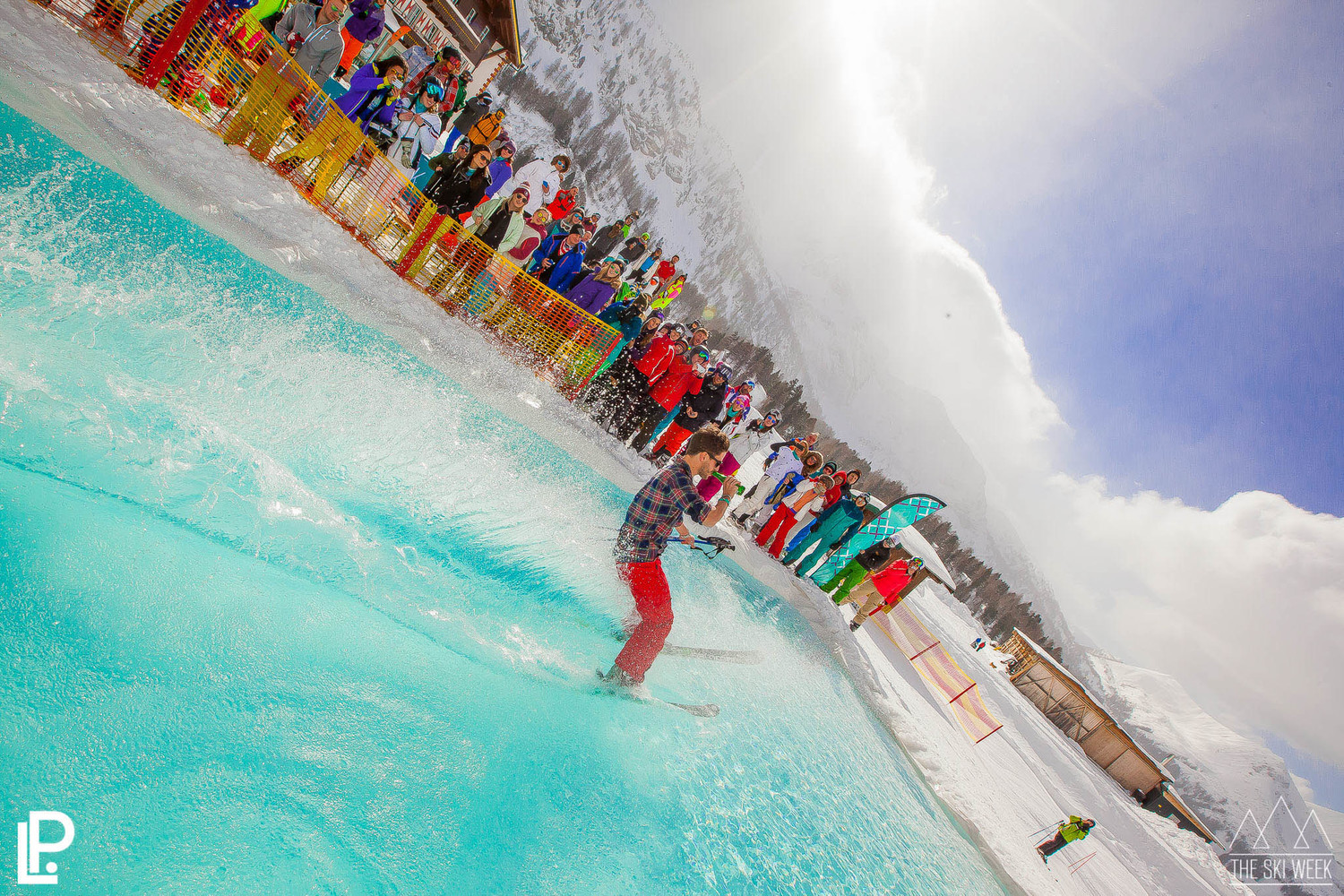