On Day 2, the name of the game was ski, ski and ski. After a quick breakfast, everyone gathered in front of the Steinadler, antsy to hit the slopes. We were divided into groups and introduced to some awesome Austrian ski guides who showed us around the mountain. At this point, you have the chance to make some epic new friends. Don't be shy, because the boarders and skiers you meet today will most likely become the crew that you ride with all week.

One quick gondola ride later, we were finally at the top of the hill. As it had been snowing all night, plush doesn’t begin to describe the powder we encountered. What a rush. As any skier knows, it’s nearly impossible to remove the the feeling of your skis hitting the snow for the first time from the vibrant emotions that come along for the ride.

From this moment on, your calendar (and phone) serve only to take up space on your wall and in your pocket. Once again, responsibility falls wayside to good snow conditions and even better companions to ride them with. 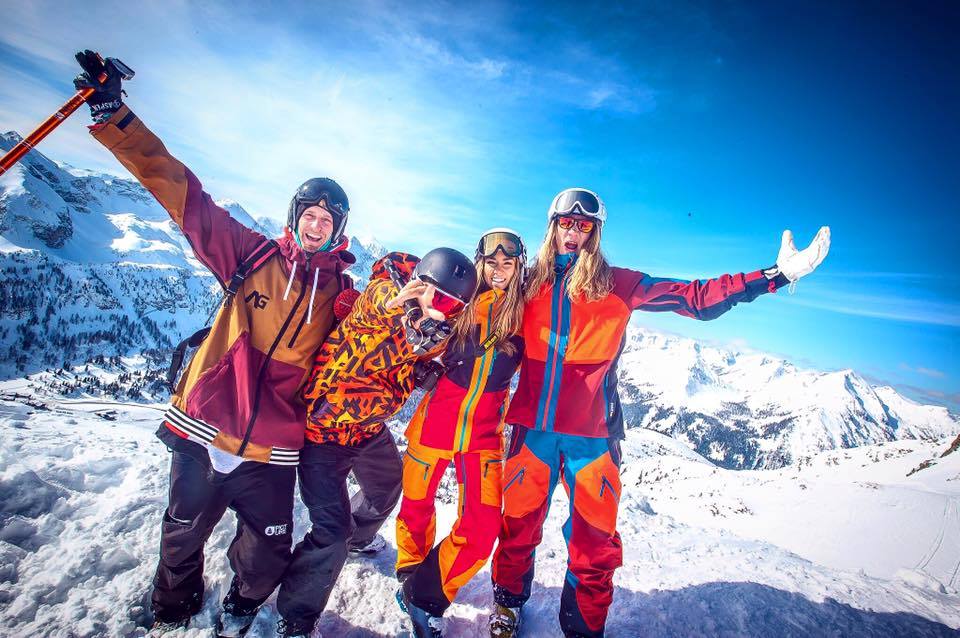